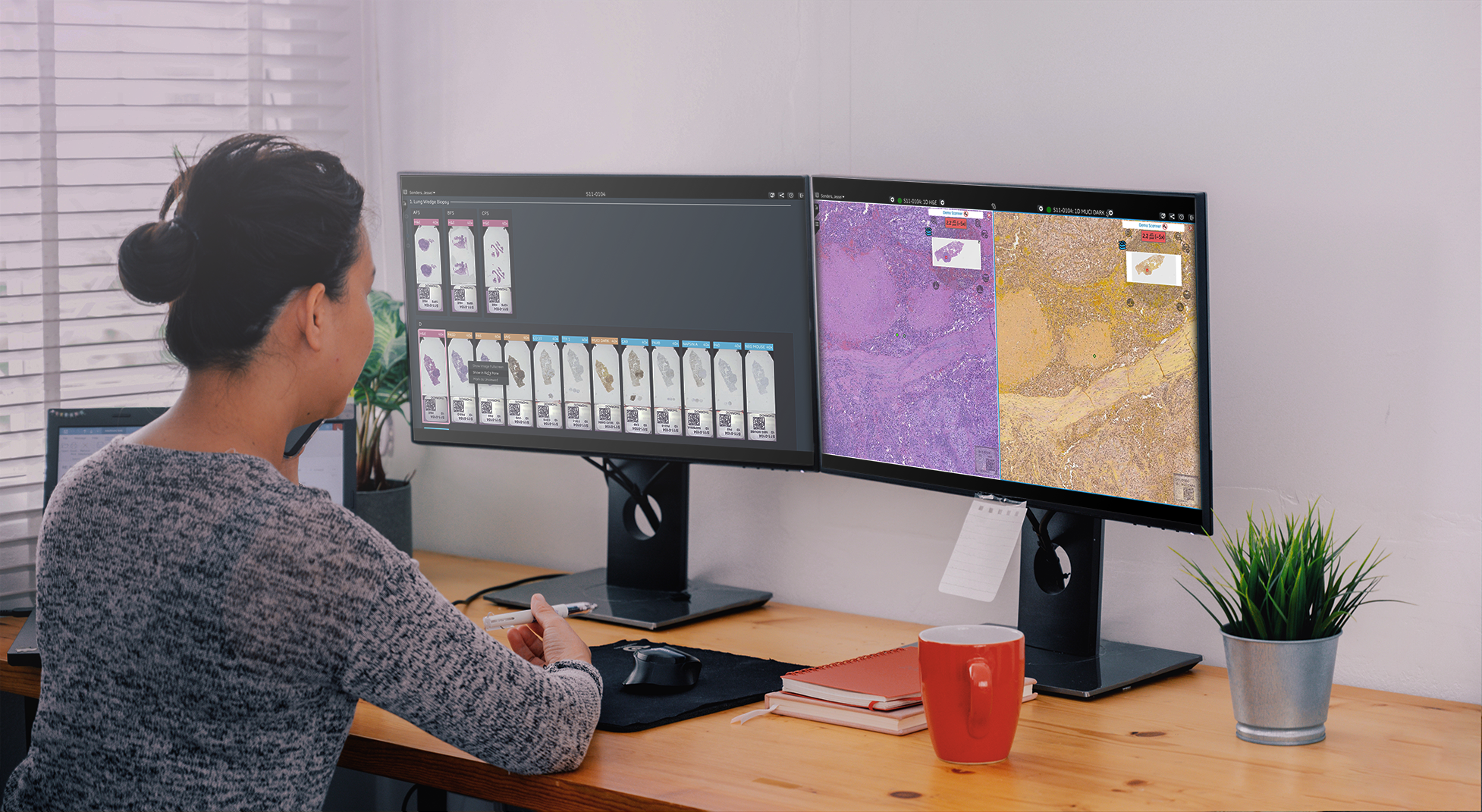 Pathology remains to be one of the last few practices of medicine that is only just recently beginning to evolve into a digital restructuring. An overreliance on analog tools, such as analysis of physical samples with a microscope, has created a bottlenecked process through which pathologists have been required to use in order to diagnose cancer. In this digital age, this means that compared to other medical processes, pathology has been marred with inefficiency in diagnosing a disease in which every moment counts. As more and more digital improvements are being developed and FDA-approved, many pathologists are hesitant to adopt the technology after using tried and true methods for decades. Furthermore, hospital IT specialists are also skeptical, unsure how much restructuring will be necessary to integrate them into their system, and if their system will be able to handle it. Fortunately, Inspirata has the solution with Dynamyx, our FDA-approved Digital Pathology software. Over the course of the next two blog posts, we will reveal how Dynamyx is the optimal digital system for pathologists while also minimizing integration adjustments into a hospital’s existing IT systems.

While Digital Pathology is a relatively new entry into the field of medicine, it has already yielded major benefits for existing pathologists. But what are these benefits? And how do they make Pathology easier while retaining the necessary information? A major way this is accomplished is by digitizing most sample slides, making the information much more portable between the location where the information was taken and the pathologist examining it. This is done through workflow solutions to create digital cases to be analyzed by pathologists. By converting the glass to digital files, getting samples to pathologists is now highly simplified. This digitization eliminates costly and time-consuming physical transportation. By converting glass slides to a nonphysical medium, Digital Pathology solutions also increase the number of pathologists that can access cases instantly online.

Digital Pathology is also shown to be more cost-effective than the current methods of pathology. This is evidenced in the article “Dissecting the business case for adoption and implementation of digital pathology: A White paper from the digital pathology association,” by the Journal of Pathology Informatics where it states: “With a DP, the images can be sent directly from the scanning location (ideally located near the histology lab) to pathologists locally, throughout a region or globally, providing considerable savings on the costs associated with shipping and tracking.” In other words, Digital Pathology gets information into the hands of pathologists that are farther away, for far less cost.

But what does Dynamyx bring to the table? How does it differentiate itself from other Digital Pathology solutions?

The Dynamyx system is flexible enough to streamline key aspects of a pathologist’s workflow as well as reduce the cost of operating in additional key areas compared to standard Digital Pathology. In addition to all of the benefits of Digital Pathology, Dynamyx’s system allows for enhanced collaboration on the digitized sample files by multiple pathologists. One way that this collaboration happens means that several pathologists can view the same sample remotely. This means several pathologists can collaborate simultaneously and remotely, improving the convenience of pathology as well as further shedding time between sample collection and diagnosis. This collaboration is further improved in that Dynamyx allows for organizing cases with groups of pathologists. In other words, Dynamyx has built-in organizational tools allowing pathologists to effectively access specific groups of patients, meaning every patient each team is working on can have all their information consolidated in one place. Dynamyx’s flexibility extends even further as the files created by Dynamyx are shareable by email. This significantly minimizes the need to learn a new system to send pathology files, so pathologists can transport their information as soon as Dynamyx is installed.

The efficiencies created by Dynamyx are not theoretical either, as early studies show that there is a tangible benefit to utilizing its system. For example, in a study of 6 pathologists, 13.4% of their time was observed as interruptions in their workflow related to inefficiencies. These inefficiencies can be directly solved by Dynamyx creating a digital workflow, turning nearly a sixth of pathologists’ time into raw productivity. While this may seem like a negligible amount, this percentage has a tangible effect on cost-effectiveness compared to traditional pathology. This efficiency can be seen in a study utilizing an earlier form of Dynamyx published in the National Library of Medicine. The study showed that “When phased in over 5-years, total cost savings based on anticipated improvements in pathology productivity and histology lab consolidation were estimated at $12.4 million for an institution with 219,000 annual accessions. The main contributing factors to these savings were gains in pathologist clinical full-time equivalent capacity impacted by improved pathologist productivity and workload distribution.” The study goes on to state that the projected savings after fully implementing Dynamyx would hover around $18 million and that the improvement to patient results “strengthens the argument supporting the adoption of an enterprise-wide [Digital Pathology Solution].”

In the end, the results tell Dynamyx’s story. Digital Pathology at a baseline innately improves the productivity of pathologists by removing the tedious pain points and inefficiencies inherent to traditional pathology. With its platform enabling email compatibility and other organization tools Dynamyx itself embodies exceptional simplicity to learn resulting in improved savings and increased efficiency for nearly any pathologist team. In a medical field as important as pathology, this efficiency not only saves time and money but also lives. With digitization, the future of pathology is no longer a rigid, decades-old system hampered by needing physical instruments taking essential time getting into the hands of doctors. Now, it is portable, convenient, and above all, dynamic.