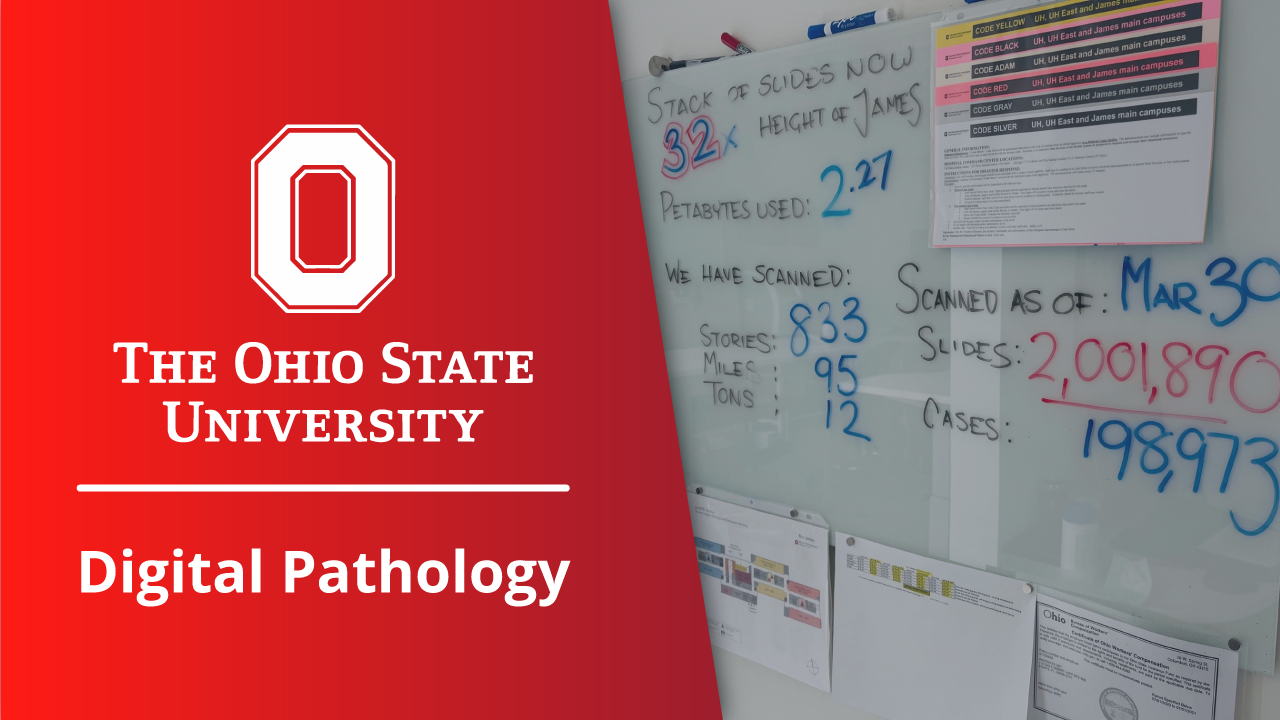 A huge number. Stacked 20 to an inch that’s 833 stories of glass. Laid end-to-end, it would go for almost 95 miles. Placed on a scale, 2 million slides weigh about 12.5 tons. More importantly though, 2 million slides are 2 million images for diagnosis, for sharing and consulting, for education and research, and for the development of algorithms and the training of artificial intelligence.

Working alongside pathologist as we’re taking Ohio State digital, I’ve seen many changes in their workflows—more precise measurement, easy and permanent annotation of features of interest, instant access to priors, the ability to immediately share with a colleague for a consult or a group of students or peers for discussion, digital teaching sets, and more—that cumulatively make for a practice that is better than what came before.

Significantly, no pathologist who has gone digital has gone back and many have gone on to receive all or nearly all their slides digitally.

I am frequently asked “How did you do it?”

There’s a lot to the answer of that question. A lot. Much more than I could include in a brief blog post. Two things come quickly to mind though.

The first that occurs to me is our terrific team and their tremendous sense of mission. Everybody involved with this project has been convinced of the importance of what we’re doing. Everyone is aware of the transformative nature of what we’re doing. We all believe in the power of digital pathology to transform patient care for the better. That commitment has driven us all to do the extras, sweat the details, and imagine and innovate to make this work.

The second thing that comes to mind is our close relationship with the pathologists, residents, medical students, and staff who are using the tools we are giving them. We have scanned 2 million slides not because they were there but because pathologists demanded them. To support that demand we have worked one-on-one to educate and train users, listened carefully and attentively to problems, created a users’ group, responded rapidly to technical glitches, collaborated and assisted research, and supported whatever use cases have been presented to us. We have tried at all times to make using digital as easy and rewarding as possible. It has made a difference.